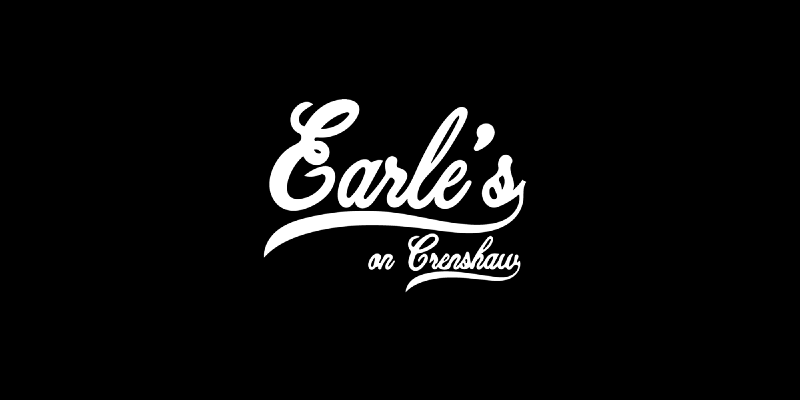 Fast-forward to southern California during the year of 1984, co-owners and brothers Duane and Cary Earle sparked the idea to open up a cart, selling authentic New York-style hotdogs on Venice Beach. Not long after they began, crowds of people came to their cart, lining up to taste what the brothers had to offer.

Eight-years later in 1992, the demand for their signature dogs was great enough that they decided to open their very own brick-and-mortar restaurant during the throes of the LA Uprising.

Since 1992, the two have moved their business to the heart of the Crenshaw district in the South LA neighborhood of Leimert Park, and have expanded their menu to include options for every kind of dietary requirement or food preference. Today, they remain open, serving both locals, the elderly, and first-responders

We had the privilege of sitting down with co-owner Duane Earle to chat about Earle’s signature dishes, the ins and outs of running a successful Black-owned business, the 1992 LA Uprising, how COVID-19 has impacted his business, and how he and his brother give back to their community.

Tell us about how your restaurant got started.

My brother Cary and I went into business over 35-years ago. Cary moved from NY to LA when he was 19. He was on Venice Beach and saw some vendors selling hot dogs, and decided to build his own hot dog cart and start selling hot dogs on the boardwalk. I came to LA a few years later to help him. We would sell hot dogs on the beach, at local festivals, outside of what used to be the Crenshaw Swapmeet (which was burned down in the ’92 uprising), and outside of clubs at night. We built and opened our first brick and mortar in ’92 on Crenshaw Blvd. We’ve been a local institution since then and have also expanded into a large scale catering company.

What is your signature dish and what does it mean to you?

What separates us from other hot dog restaurants is the way we prepare our dogs. We split our dogs and links down the center, butterfly style, and charbroil them. Then, customers can choose from over 15 toppings, ranging from classics like ketchup and mustard to more unique toppings like NY cooked red onions and vegan chili. We were also pioneers in the “fast food” industry, including pescatarian and vegan options on our menu 25-years ago.

Tell us what the Black Lives Matter movement means to you and your business.

In 1992 during the LA Uprising, my older brother, Cary, slept in the restaurant for three nights to protect our business from physical damage and looting–the uprising started the day before his 29th birthday. The reasons for the protests today haven’t changed from the reasons 28-years ago, but now we’re seeing support and allyship from people of all races, on a global scale. We’re a family-owned and operated business–a Black family–serving a community that is historically Black. We’ve always known that Black Lives Matter and that we’re a race of rich, vibrant, and resilient people. But things feel different this time around, like we’re really on the precipice of much-needed systemic change.

Besides ordering, what’s another example of how your community has shown support for your restaurant?

Since COVID, we’ve been working with the city on the Great Plates Delivered program, cooking and delivering meals to elderly community members three times a week. Many of these deliveries are to people who live alone and have limited access to food due to community food deserts and safer at home guidelines. We’re serving a lot of long time supporters of our business, and it feels great to be able to help our community in this way during these unprecedented times.

Recently, we launched the Black-Owned Restaurants collection in over 130 cities and counting. Every order from this collection will have no delivery fee. Find these restaurants by searching “Black-Owned” in the Postmates app.

In addition, we’re working to add more Black-owned restaurants to our list. If you know a business in your area that you’d like to support, let us know at Black-owned@postmates.com.

We stand with the Black Lives Matter movement, our restaurant partners, our Postmates Fleet, and each of you across the country, but will continually ask ourselves what we can do to help, and build on our actions.