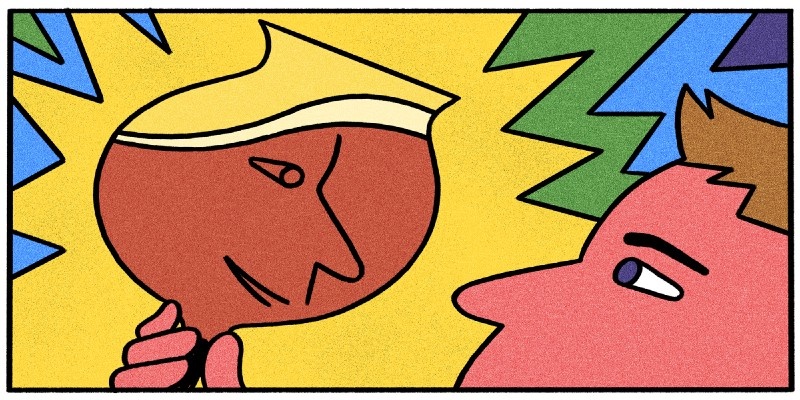 If you’ve been to a brewery or two, chances are you’re aware of the sour beer movement sweeping the nation — or at a minimum the California coast line. Pair that with the fact that you can now postmate sour beers, and we had no choice but to explore the coolship chaos phenomena in Los Angeles. Here’s all you need to know about sour beer…and the coolship behind the unique taste.

What is a coolship?

This is the Beachwood Blendery in Long Beach. And this is a coolship: a large, open beer fermenter that exposes raw sugar water to ambient yeast, creating a unique sour beer flavored with wild, local microfauna.

Who first discovered the coolship method?

In the days before mechanical refrigeration, before anyone knew what yeast was, all beers were sour because there was no way to protect it from the ambient yeast and bacteria. The coolship method was stumbled upon by accident; someone (likely a monk or farmer) left sugary barley water outside uncovered in a large tin and realized that after a few weeks, it made an alcoholic beverage that was, at the time, safer to drink than water.

No matter where you are, at any given moment all kinds of microflora are swirling in the air around you. In the Senne River Valley, where traditional lambics and gueuzes have been made for hundreds of years, this includes a unique mix of acetic acid-producing bacteria and yeast strains with names like Brettanomyces, Pediococcus, and Lactobacillus. All of this goes into the beer while it’s in the coolship. After its time in the coolship, the beer is aged for over a year in barrels where it produces more complexity.

Where can you experience sour beers made from a coolship?

Currently, 40 breweries in the United States have a coolship installed and make beer in this historic way. Most — including L.A.’s Phantom Carriage in Carson, Monkish Brewing in Torrance, and Verdugo West in Burbank — are using this traditional Belgian brewing method in order to make their own spontaneous versions that taste like wherever they are.

But because of the distinctive wild yeast in each location, not all of them taste the same and none of them could possibly taste like the sours from the Senne River Valley. At The Blendery in Long Beach, Ryan Fields wants to see if he can make beer that mimics the precise aromas and flavors of traditional Belgian lambics.

Three years into the project, and the coolship is turning out to be just one experiment in The Blendery’s grander experimental goal. It’s unclear if it will ever net the precise flavors that Ryan is looking for, but it’s a learning process and it will take several more years to see what comes out of the barrels.

“There are so many intricacies and variables and complexities to it. There’s also so much mystery to it still. You can’t just go pick up a book that tells you exactly how to brew a lambic beer in America,” he explains.

Coolships are still in their infancy in America, but you can’t rush nature. Compared to your local IPA brewery, 3 years might seem like a long time, but it’s nothing when you’re trying to re-create a historic beer style that for centuries only took its complexities directly from air swirling thousands of miles away from your nearest local coolship.

For those of us who are new to the sour beer movement, we suggest postmating your first sour beer by visiting the Postmates Drinks category in-app.