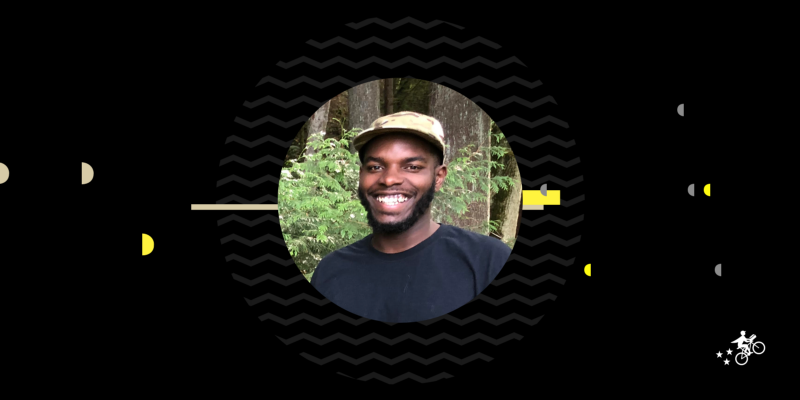 This is the sixth installment in a 12-part series where we uncover the stories of the people behind your deliveries.

Josh fell in love with the snow when he moved to Pueblo, Colorado from New Orleans for college. Josh fell in love with Postmates shortly thereafter, but more on that later. Once the snowboarder completed his degree in Marketing at Colorado State, he relocated to Summit County in Northern Colorado and began working at a ski resort. Josh was living every snowboarder’s dream: working every day, for two years, on a mountain. Josh was part of the “Park Crew,” which made him responsible for identifying and designing runs, slopes, and the overall shape of the park.

After seven years in Summit County, the passionate 25-year-old desired a change of pace. Josh made the move from Northern Colorado to Portland, Oregon in early 2018. Upon arrival, his hopes of conquering every black diamond run in Mount Hood were dashed with a severe injury to his Achilles tendon,

“It happened on a funky trail in the woods. The snow was too thin and I clipped my board on something underneath it. I completely rolled my ankle inside of my boot.”

No longer able to spend everyday teaching the good people of Oregon how to snowboard, he began searching for another way to pay his bills. Enter: Postmates. At the time, Josh was staying with his cousin a regular Postmates customer. During one drop off, Josh decided to ask the Postmate their opinion on the platform. The response he received made an impression,

“I [The Postmate] get paid a certain amount of money no matter what, including tips. It’s dope. It’s an easy way to make money without hassle. With Uber you have to have a certain car model, certain type of insurance, with Postmates there are more options. I like how you can do whatever you want to make it work.”

Josh has avidly used Postmates 2–3 times a week for the last 3 months and the pride he takes in being a Postmate is palpable,

“When people see you with the Postmates bag they get out of your way. I’ve walked into packed restaurants [incognito] and once the bag is seen, a path is cleared for the counter. It’s like being on a different episode of Portlandia every time I do Postmates.”

As one might assume, anyone with a snowboarding lifestyle has had a few injuries. Concussions, broken bones, separated AC joints, bruised ribs, and an endless string of sprains have cajoled Josh into recognizing that his body can’t keep up, and that things need to change. While he looks for fresh powder elsewhere in life, he knows that he has the support of Postmates and we are thrilled to have him on board!