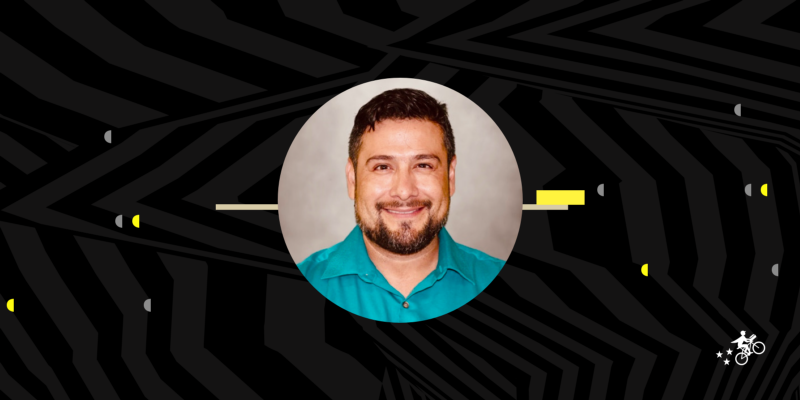 This is the eighth installment in a 12-part series where we uncover the stories of the people behind your deliveries.

After years of juggling both a deli clerk gig for Box Market, the well-known mom and pop shop in Santa Monica, and full-time Fleet work for Postmates, Marcos decided to fully commit to Postmates. For Marcos, Postmates’ decision to offer Instant Deposits marked a tipping point:

“Dealing with the daily costs of food, gas, and fundraisers for my kids — I really needed the money instantly.”

Despite his success with other applications and his role as a deli clerk in Santa Monica, the young father ached for a position that would allow for extreme flexibility to keep him in and around Los Angeles. When Marcos signed up for Postmates in 2016, it was kismet. His accounting of the decision follows:

“I can spend Monday through Thursday with the kids fulfilling my fatherly duties, I have the ability to be present in a way I was never able to while working at the grocery store.”

We had the distinct pleasure of making Marcos’ acquaintance via a contest held by our Fleet Communications Team, The Fall Concert Series. This contest awarded 19 members of our Los Angeles Fleet with two free tickets and a meet and greet with their favorite band. In order to be considered, Postmates answered questions regarding their embodiment of Postmates values in addition to articulating the role that music has played in their lives. Needless to say, we were taken with Marcos’ answer. It expressed humility, graciousness, and a warmth that we wanted to further explore.

We subsequently reached out to Marcos and not one minute into our conversation, we knew he was right. The 30-year-old Culver City native and single father of two exhibited a deep sense of purpose in every aspect of his life. A trait that is rare at any age, but particularly in someone so young. Marcos credits his daughters, who are the focal points of his life, as the driving force behind his decisions. According to Marcos, they serve as “inspiration for his every interaction throughout the day.”

Juggling two jobs, two children, and the responsibilities that go along with parenthood would be challenging for anyone, let alone a single father. Marcos admitted that it was impossible to provide adequately for his family while also spending quality time with them. He couldn’t have both.

The young father also drove for Lyft and Uber while retaining his full-time role at the market to make ends meet; however, he found that driving for these companies would take him out of Los Angeles and far from his daughters, often with a lonely (and sometimes costly) ride back:

“As a driver for Lyft and Uber, there was a chance I would end up outside of Los Angeles entirely, which made it challenging to reach my kids if they needed me.”

Like Marcos, many Postmates on our platform are single parents. While his story is not an uncommon one, its significance is crucial to us at Postmates HQ. We feel strongly about the role our platform plays in allowing parents to provide for their children while still allowing them to be just that: a parent. With Postmates, Marcos and others like him can have both.

Curious to learn more about what it’s like for Marcos as a Postmate?

We are launching a new section within our monthly Faces of Fleet newsletter that boasts market-centric tips. Read on for Marcos’ go-to LA delivery tips:

1. Get a discount at the places you pick up Postmates orders from!

Marcos has arrived at one of our favorite fleet hacks. After completing his deliveries for the afternoon, he goes back to his favorite spot and tries to snag a discount as a customer. “Oftentimes, after completing a delivery, I drive back to the place I just picked up from. I walk in the door and they always say, ‘Oh, we don’t have any more orders for Postmates!’ But when I tell them I’m there to eat, they give me a discount! Especially Bossa Nova on Sunset.”

2. When traffic is congested in LA, it actually pays to WALK…

According to Marcos downtown LA can be particularly congested, especially during peak hours (when blitz rewards are at an all time high). To deal with the congestion and get the most of the blitz rewards, Marcos actually walks! “I was nervous beforehand, but it was actually pretty chill. I realized I could do more deliveries by just walking [in downtown Los Angeles].”