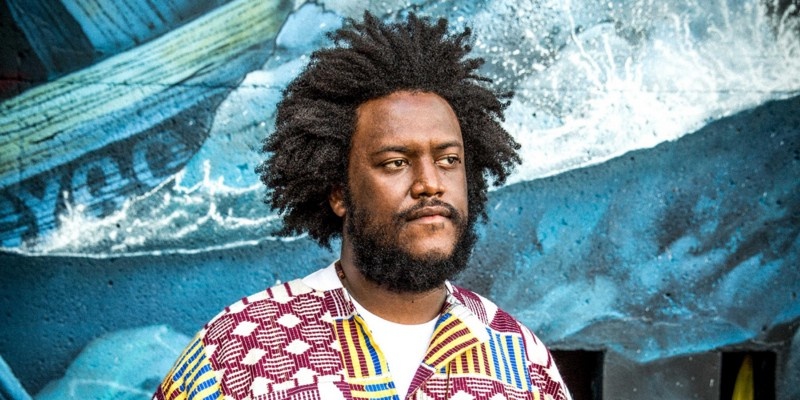 But for all its transcendent art, the Avenue was a municipally sanctioned ghetto. Discriminatory housing policies limited where African Americans could legally own properties and businesses. The easing of those policies — along with the rise of R&B and rock n’ roll — caused the lights on Central Avenue to dim. Yet even as the city’s reputation waned, musicians in small clubs like The World Stage, The Lighthouse Café, and The Piano Bar, captivated audiences. And over the last few years, Los Angeles jazz has seen a sudden, unexpected, and well-deserved return to its former glory.

The renaissance began in earnest with the 2011 release of Austin Peralta’s Endless Planets. The intricate beauty of the twenty-one-year-old’s original compositions left listeners stunned. But it boiled over in 2015, when Kamasi Washington’s expansive, enamoring triple LP of spiritual jazz, The Epic, debuted. Suddenly, Washington and members of his West Coast Get Down collective found themselves transported out of the cramped confines of traditional jazz clubs. Instead, they were taking the stage at large rock venues and festivals like Coachella, which had always eschewed jazz. But it wasn’t just that Los Angeles jazz was being thrust into the public eye. Angeleno players were reigniting the world’s interest in the genre as a whole.

Natasha Agrama, another jazz vocalist who signed to World Galaxy — a point of cross pollination between the hip-hop, electronic music, and jazz scenes — feels her community has finally gotten the recognition it deserves.

“The greatness I was experiencing twice a week [at The Piano Bar], and the cognitive dissonance between that and what was considered popular music was a really subtle hell that finally broke when Kamasi became world famous,” she says. “It was like, ‘Oh my God. Thank God.’ Because the world was making zero sense to me.”

Ryan Porter, a trombonist and member of the West Coast Get Down, traces the collective’s success to a willingness to incorporate the influence of other genres into jazz music. “Because LA has a history of having really good producers, like Dr. Dre and DJ Quik, the West coast has just been better at cross-pollinating genres. With Dr. Dre, for example, as far as how he does drums and particular things to change the rhythms…we’ve started incorporating that in our songs.” It helps that Porter was mentored by players like session trombonist, George Bohanon and pianist, Reggie Andrews, who themselves weren’t jazz purists: “They played different kinds of music and encouraged us to do that. I think that was one of the things that set us apart.”

This blending of genres went mainstream with Kendrick Lamar’s To Pimp a Butterfly. Produced largely by jazz prodigy Terrace Martin, the platinum album featured many members of the West Coast Get Down and proved a watershed moment for both L.A. jazz and hip-hop. Like Brainfeeder’s releases, To Pimp a Butterfly facilitated widespread acceptance. To veteran trumpeter Josef Leimberg, who was responsible for the unmistakable opening notes on the song, “How Much a Dollar Cost,” this reception was, “an eye opener to stay on the path.” What may look like a renaissance to observers is in fact just an overdue turn in the spotlight.

It’s not just the musicians who are receiving much-deserved attention — venues are becoming destinations in their own right. There’s the Del Monte Speakeasy in Venice, the Blue Whale in Little Tokyo, and the relatively new Peppermint Club in West Hollywood, whose Thursday night jam sessions are quickly becoming the locus of the scene’s resurgence. And Central Avenue isn’t finished leaving its mark. It hosts the Central Avenue Jazz Festival, which has grown to keep pace with the moment the city is having. “We have expanded from one or two blocks to about ten,” South LA City Councilman Curren Price says proudly. “We’ve got three stages of music not only from adults, but from amateurs as well as students.”

It’s no wonder the festival is making space for the next generation. Just as their mentors did for them, the West Coast Get Down is working hard to cultivate a new crop of artists. “There’s a lot of young musicians who are being taught by the guys that you know about,” says Porter. “I’ve met some brilliant younger musicians who are barely out of high school that are just scary.” Today, the lights of Central Avenue may only ignite once a year. But at least for the foreseeable future, this city’s contribution to jazz is in no danger of fading.