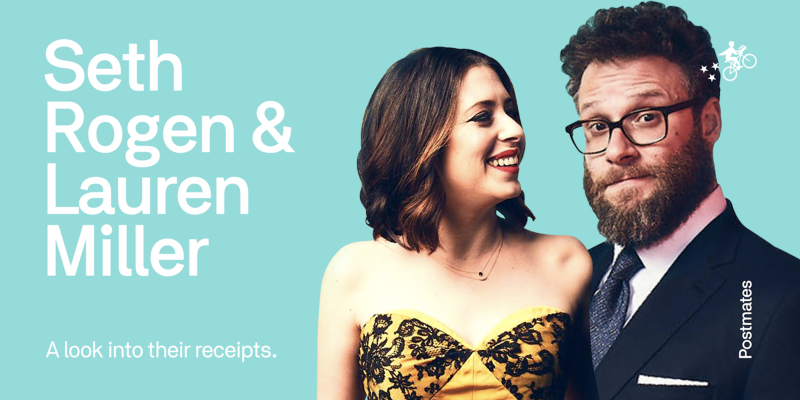 In this edition of The Receipt, we’re digging through the orders of hilarious power-couple, Seth Rogen and Lauren Miller Rogen.

Between pursuing successful entertainment careers, the couple also runs a national non-profit organization, Hilarity For Charity. Since 2012, HFC has raised over $11M towards Alzheimer’s care, research, and support. Go Seth and Lauren.

We asked Seth and Lauren about how they celebrate the holidays with Postmates. Keep on reading to find out what they’ve ordered on birthdays, Halloween and 420.

“Because we don’t usually have time to cook, we order food a lot. The hardest times are when neither of us have a food vision for the night. That’s when someone has to dig deep and find the craving within.”

Their most expensive order ever was a $276 SUGARFISH order made on August 4th, 2017. They ordered:

From Superbad to Pineapple Express, cannabis and Seth Rogen go hand in hand. It shouldn’t be surprising that he even started his own company aptly named Houseplant, dedicated to producing quality weed as well as educating the public about the benefits of firing up.

In 2016 on 4/20, Seth and Lauren celebrated with the ultimate munchies from Canter’s Delicatessen. Grilled American Cheese Sandwich (because it’s a classic), Matzo Ball Soup (of course), and Chicken Tender Appetizers (because delicious).

For Seth and Lauren, picking a cuisine they both enjoy is never an issue.

“Fortunately, we’re pretty much on the same page. These days we’re pretty healthy except for a few cheat meals a week. Those are usually some kind of buffalo or Korean fried chicken wing, yummy Italian, dumplings — something real splurgy.”

‘An American Pickle’ was filmed in Pittsburgh, where Seth spent two months during 2018. Between Halloween of 2018, and December 10th 2018, Seth placed 10 Postmates orders, 36 items in total.

“Pittsburgh has lots of yummy food you can get delivered. SO MANY BUFFALO WINGS.”

Halloween in LA is usually a quiet holiday for the Rogens, who prefer to stay in and feast as opposed to going out and partying. We asked Lauren and Seth what they enjoy when they’re at home for the spooky season.

“We live in West Hollywood where there’s a massive parade and a lot of street closures, so we celebrate Halloween by eating delicious food and staying in our house hoping we’ll get some trick or treaters.”

For Seth and Lauren, the holidays aren’t about drinking and clubbing, they’re about time spent with the people they love, and on the things they feel passionately about.

Whether you’re shooting the latest comedy, or starting up your own weed company, Postmates will be there to bring you the munchies that you’re craving. Visit Postmates.com or open the app to order like a Rogen. 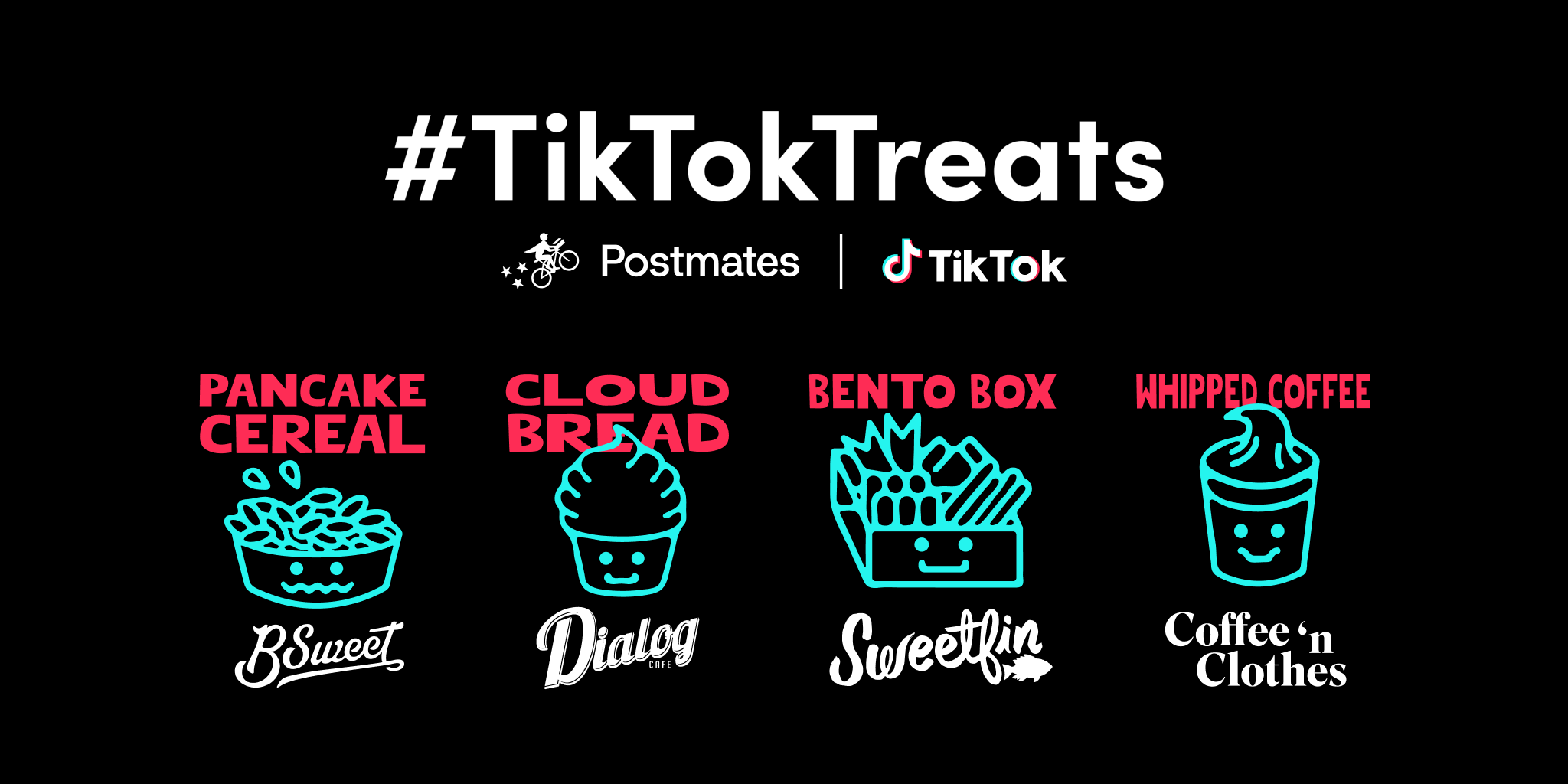 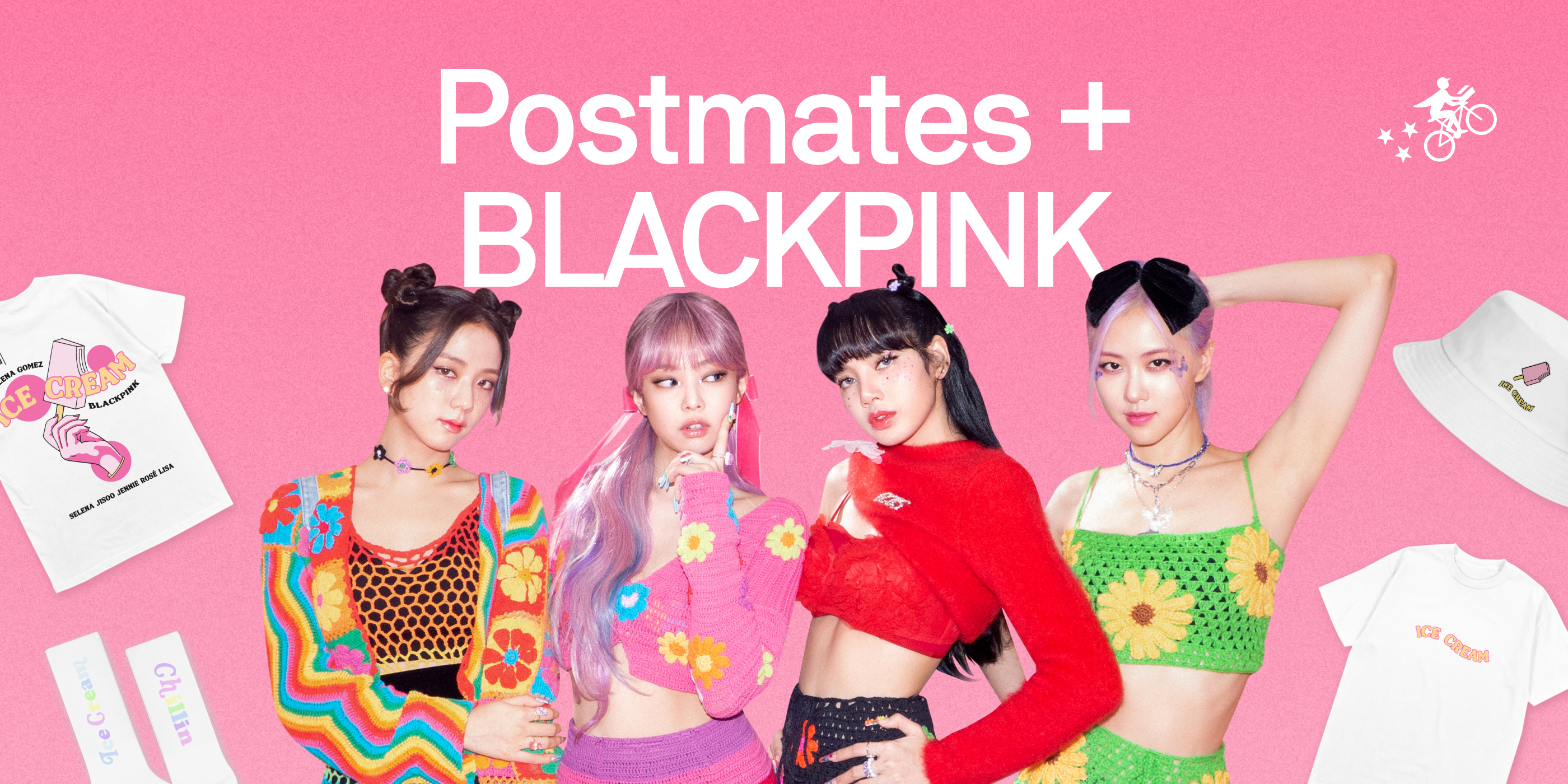 Kpop fans, here is your chance to win an exclusive BLACKPINK merch pack. 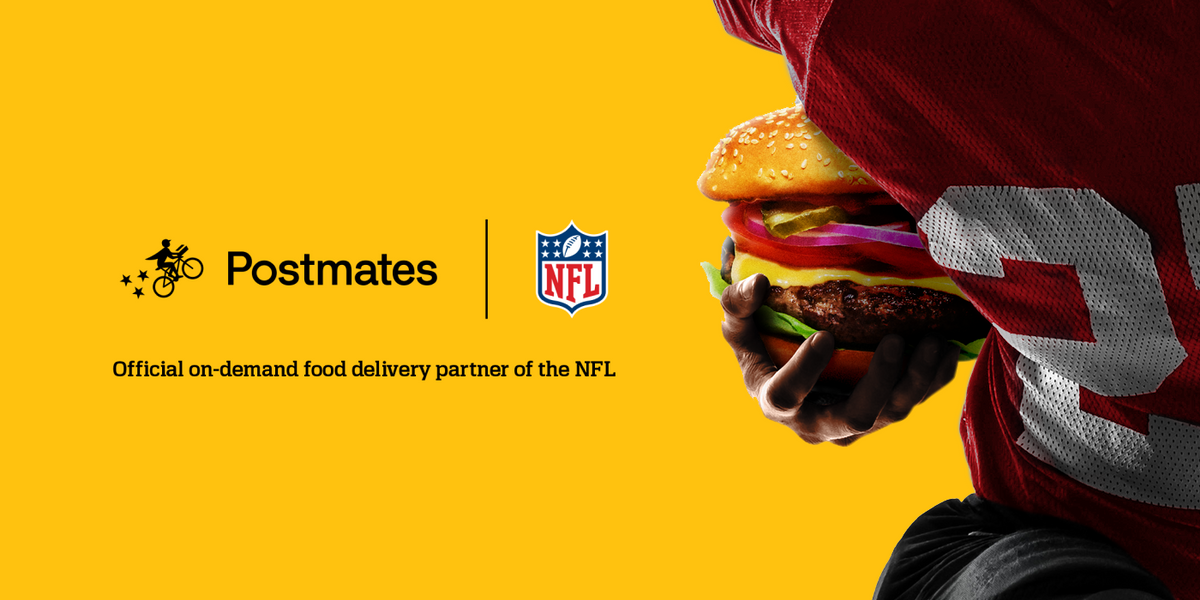 All of your game day necessities—from beer to baby back ribs—delivered.