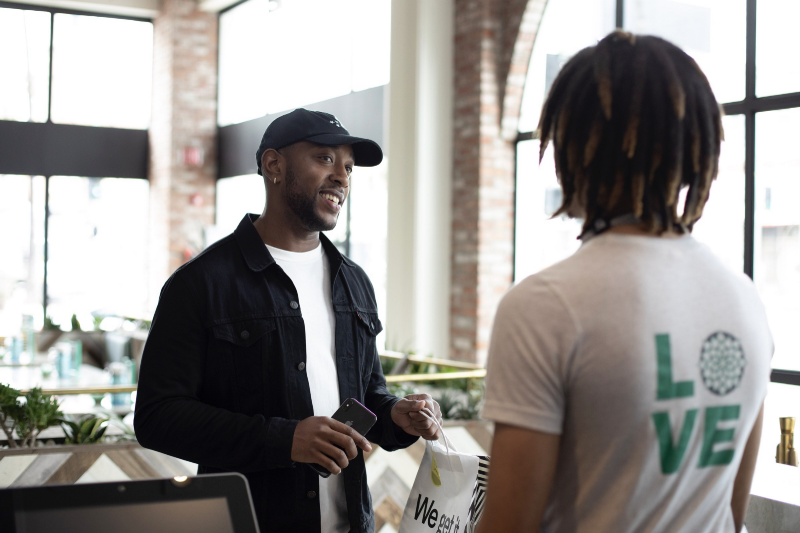 We Stand With Those Who Want To Be Themselves

No Matter How the Supreme Court Rules: We Stand With Those Who Want To Be Themselves

At Postmates, we believe no one should ever be fired or discriminated against in any way for being LGBTQIA+. For our 1,350+ employees and a fleet of more than 300,000 independent workers who use Postmates to supplement their income, gender identity or sexual orientation has absolutely no impact on work product or professionalism. But just last week, the U.S. Supreme Court heard arguments about whether lesbian, gay, bisexual, transgender, and queer workers across America should receive on-the-job protection from discrimination. This shouldn’t be up for debate – — the answer should be an unequivocal YES. No matter how the Court rules, Postmates remains steadfastly committed to supporting the LGBTQIA+ community and advocating for the basic rights and protections every worker deserves.

In 1964, Congress passed important protections (Title VII of the Civil Rights Act) prohibiting workplace discrimination based on race, color, religion, sex, and national origin. That was a huge step forward in the battle for equality. But we continue to fight to ensure those protections are enforced and extended to everyone. The question before the Supreme Court is whether those very protections also apply to prevent worker discrimination on the grounds of sexual orientation and gender identity.

Despite all the progress we’ve made toward LGBTQIA+ equality, workplace discrimination is still a painful reality we must not ignore. In over half the states in America, a worker can still be fired for their sexual orientation. Nearly half of LGBTQIA+ people report that they are not ‘out’ at work. More than 25% of transgender people have lost a job due to prejudice — and those are only the cases that are reported. No person should have to live in fear of being fired or discriminated against because of who they are or who they love.

While more and more Americans are working in the gig economy, right now Title VII currently does not extend to workers that fall outside the traditional conception of employment. While many independent workers enjoy unprecedented flexibility and low-barriers-to-entry, they may be excluded from critical anti-discrimination protections. That means in some states, a newspaper can legally choose not to run freelancers’ articles because they are gay. A dog walking company can refuse walkers solely because they’re gender non-conforming. That’s not right. Flexible work must become equal opportunity.

Postmates will always remain committed to standing for inclusivity, and standing for all communities. We celebrated Pride with the American Civil Liberties Union, signed onto amicus briefs with the Human Rights Campaign to support the right to access bathrooms consistent with gender identities, and worked with our friends at GLADD to develop an inclusive LGBTQIA+ policy for our fleet of Postmates. We’ve even invested corporate dollars into City initiatives to ensure equitable access to opportunities, for all who call our neighborhoods their home. We will continue to be outspoken on these issues because we strive to do right by all of our Postmates community. Having their backs and building an inclusive platform we can all be proud of means using our voice to fight for our values of equality and progress.

For these reasons, Postmates isn’t waiting on a court decision. We already expressly prohibit discrimination based on sexual orientation or gender identity, and we urge the rest of the gig economy to make the same commitment. As tech sector citizens, we pride ourselves on inventing the future. That should include championing innovation and social progress. We have a responsibility to do the right thing, not only by using our platforms for good, but by ensuring that every American has the opportunity to live and work freely and proudly.