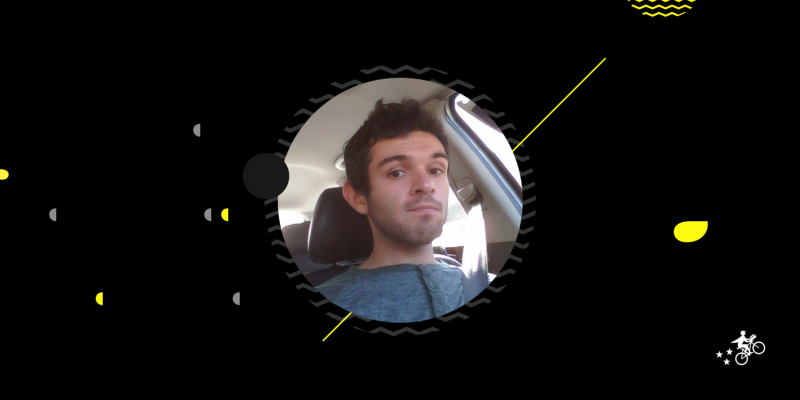 This is the seventh installment in a 12-part series where we uncover the stories of the people behind your deliveries.

John and his family have lived in the Boyle Heights neighborhood of Los Angeles for three generations. John’s mother still lives on the block where she grew up, along with their extended family and grandparents. John, a third generation Los Angeles native, sees a world beyond this block and utilizes Postmates to achieve his dream of becoming a veterinarian.

The ambitious 26-year-old had been working as an assistant manager at the L.A. classic pizza joint, King Cole’s, for three years when he first discovered Postmates. Stating his reasons for downloading the Postmates App in early 2018 below:

[From a buyer perspective,] I found Postmates to be ridiculously expensive. I thought it was hilarious. I thought to myself, I should be on the other end of that. I realized early on this was an app where I could make a lot of money.

After realizing he could make more money in one weekend with Postmates than in a single bi-weekly paycheck at King Cole’s, the aspiring vet joined our Fleet full-time. Based in the South Central neighborhood of Los Angeles, John uses a mixture of Postmates, Lyft, and Uber to afford rent and his full-time college tuition. John, being the dedicated student he is, required a flexible work schedule. The main reason being, the future vet’s animal science classes are his top priority. Animal science classes are rare and only offered at certain community colleges, meaning, they require him to drive all over Los Angeles in order to stay eligible for TAG (Transfer Admission Guarantee) program. As a participant of the TAG program, John is all but guaranteed his dream: Acceptance to UC Davis, the best veterinary science university in the world, (according to the prestigious QS World Rankings.)

As an avid user of Postmates and other ridesharing apps, John finds Postmates to be the least stress-inducing and simplest to navigate. Stating that,

Uber and Lyft require such long hours in the confinement of a car. In Los Angeles, I could easily drive for 6 hours and never get out once. It’s extremely anxiety-provoking. With Postmates, I have the ability to get out, stretch my legs, and talk to people.

Fun fact: John’s favorite animal is a dolphin. He admires their extreme intelligence and free spirited nature. Demonstrating further his upbeat and optimistic nature, we are proud to have John as part of our Los Angeles fleet. With only a year and a half remaining until transferring to UC Davis, we look forward to watching this animal lover’s dreams of becoming a veterinarian come to fruition.