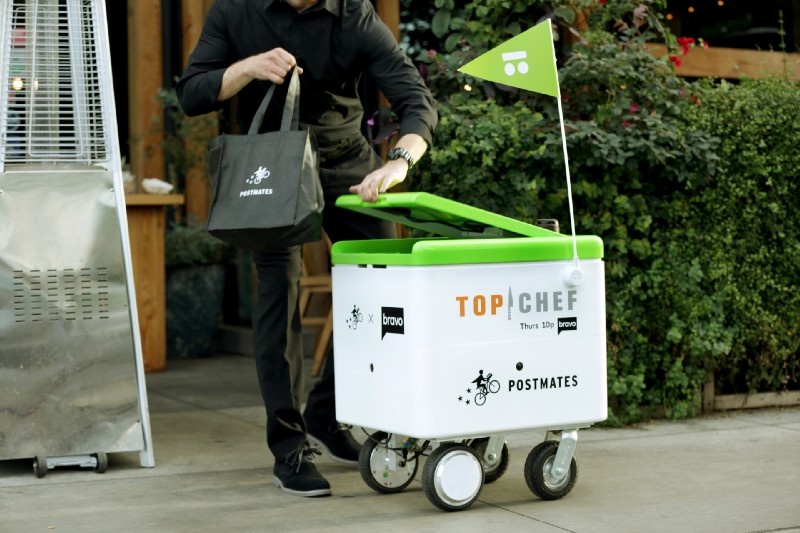 Today, we announced a partnership with Bravo to celebrate the premiere of Top Chef’s Season 15. And for the first time — we rolled out use of Robby Technologies’s robotic rovers in Los Angeles.

In addition to free delivery nationwide this weekend as part of our promotion with Bravo, these robotic rovers will be delivering meals from Top Chef alum restaurants all over the Hollywood area. If you spot one in the wild, take a picture and tweet it at us! They will be on duty December 6–9.

Based in Silicon Valley, Robby Technologies is building self-driving robots that deliver food, groceries and packages autonomously to customers’ doorsteps. One of the reasons why we have partnered with Robby is that their robots are lightweight, moderate in size, and safe around people and pets. They have multiple sensors to detect obstacles and are thoroughly tested for safety. They are ideal for short-distance deliveries to complement our current fleet of Postmates.

During a delivery trip, the customer can track the Robby robot on a map in real time and will receive a text notification when the robot is approaching. The storage compartment of the robot will be locked for security, and can be unlocked by the customer using a smartphone. The robot also has an alarm system to deter vandalism and theft, and will notify Robby operators should that arise.