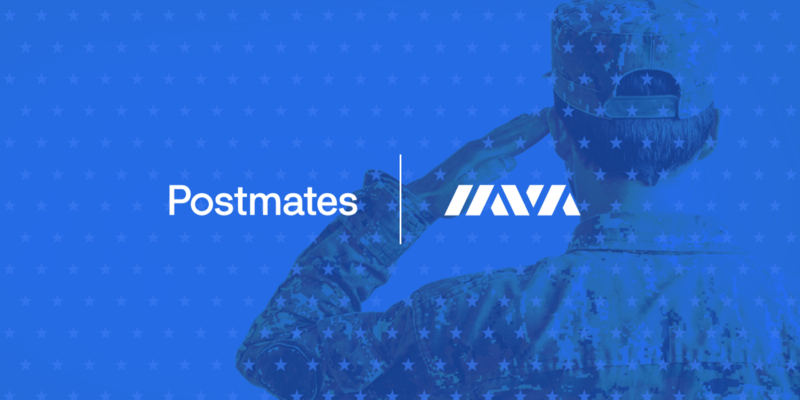 Recognizing Our Veterans & Their Service

Recognizing Our Veterans & Their Service

Vets are the backbone of Postmates, from those that design our product through members of our fleet. Today we honor each of you for your service and we are taking Veterans Day to reflect on your sacrifices.

Like last year, we’ve partnered with the Iraq and Afghanistan Veterans of America (IAVA) to highlight the most important topics concerning the veteran community today. In 2018, IAVA will focus on 6 priorities that their members see as most pressing. This “Big 6” contains the challenges and opportunities that IAVA members care about most — and see as areas where they can uniquely make an impact. IAVA members are poised to educate the public, design solutions for positive impact, and lead the way to the future.

Postmates is proud to stand behind IAVA’s work, which aims to increase recognition, influence policy changes, provide support, and improve services for veterans of the wars in Iraq and Afghanistan.

Join us in telling all veterans: we see you, we appreciate you, and we hear you, by making a donation to IAVA today. Learn more about IAVA, here.