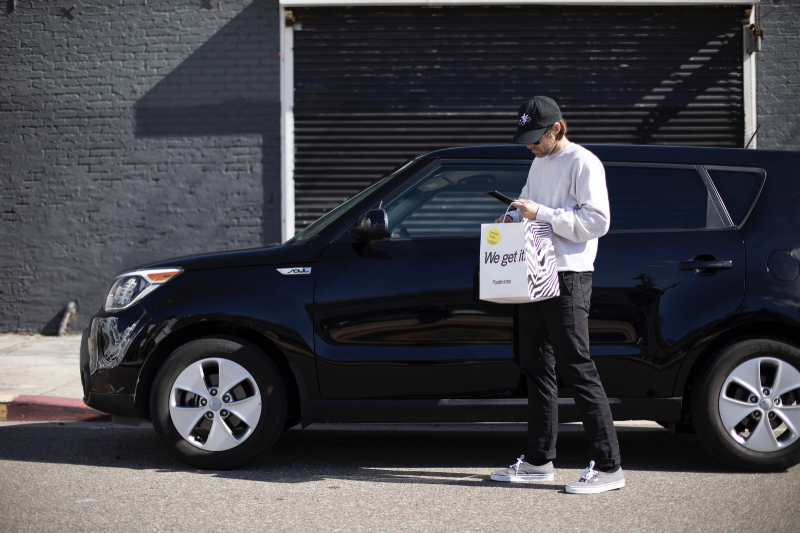 Voice from a Delivery Driver: Why I’m Challenging the Constitutionality of AB 5

Voice from a Delivery Driver: Why I’m Challenging the Constitutionality of AB5

I used to drive a truck for a living, 14-hours at a stretch, up and down California and across the country. I didn’t get to choose when I worked, and I often got stuck with the graveyard shift. It was good, honest work, but the inflexible schedule and long hours were hard and I hated how little time I got to spend with my wife and children. Sometimes, when I was behind the wheel, with an endless shift stretching out ahead of me like the open road, I daydreamed about a different kind of job — a job where I could choose when, where and how much I worked and still make enough money to feed my family. Then I discovered Postmates. Using the Postmates app has allowed me to work on my own terms, I was finally in control. I chose to deliver on Postmates only when I wanted to so that I could see my kids more. I used other on-demand apps when I wanted to, to make the best use of my time and skills and make more money running my own delivery business.

But now, as of January 1, a new law in California called AB5 is threatening the freedom and flexibility I have relied on in recent years to support my family. The politicians responsible for AB5 have targeted gig companies and workers like me and are trying to eliminate my freedom to be an independent contractor and continue the way I am. I have no idea how our own elected representatives decided who AB5 should apply to, but I know they certainly weren’t thinking about the needs of workers like me. Thousands of journalists, drivers, and on-demand delivery workers could lose our right to be independent workers who set our own hours. That’s why I am adding my voice to those challenging AB5 in the courts. The Constitution does not allow lawmakers to trample on the rights of so many California workers and businesses.

I hope our elected representatives or the courts put a stop to this before it’s too late — and come up with a new format or model to preserve the way I’ve delivered on Postmates and other on-demand platforms. If they don’t, my family will suffer. And if the law does not change, we will be voting for gig worker freedom and new benefits fit for me in November.

For me, on-demand work has been a blessing. The flexibility means I get to be a real dad to my kids aged 9 and 10, and the money is good too. I’ve gotten out of debt and am now saving to buy a house. I feel empowered as a worker and a parent, and I know a lot of my friends feel the same way. We take pride in the work we do and we do not like the implication that somehow we’re second-class citizens just because we’re gig workers.

I worry that if this new law goes into effect, this whole model of work will be at risk — and could easily be gone forever. I might have to go back to driving a truck for a set shift. Or, maybe I’ll get stuck as a traditional delivery driver who works full time for a restaurant. That won’t give me the freedom that I like, and it’s not for me. I like spending time with my family whenever I want. I like being my own boss and making as much money as I want without asking anybody for permission about when or how to work. That’s why I really enjoy using the Postmates app. AB5 threatens to upset all of this.

Politics are always messy, but I don’t understand why it should be so hard to work out a compromise that gives gig workers like me better pay and benefits, and more of a voice, without stripping us of our flexibility and control. It would be a wonderful new year present to all of us independent workers if everyone — companies, unions, elected officials — would get back in a room together and hash this out. In the meantime, I’m standing for our freedom and flexibility, by fighting in court with along with other workers and industries who believe that lawmaking should be open, transparent, and respect all Californians.

Miguel Perez is a father, a resident of Los Angeles, and a named plaintiff in a suit filed in the Central District of California.